Speaker
Ezra Levant
Media Type
Text
Image
Item Type
Speeches
Description
11 October, 2011 Ezra Levant: Ethical Oil
Date of Publication
11 Oct 2011
Date Of Event
October 2011
Language of Item
English
Copyright Statement
The speeches are free of charge but please note that the Empire Club of Canada retains copyright. Neither the speeches themselves nor any part of their content may be used for any purpose other than personal interest or research without the explicit permission of the Empire Club of Canada.
Views and Opinions Expressed Disclaimer: The views and opinions expressed by the speakers or panelists are those of the speakers or panelists and do not necessarily reflect or represent the official views and opinions, policy or position held by The Empire Club of Canada.
Contact
Empire Club of Canada
Email:info@empireclub.org
Website:
https://www.empireclubofcanada.com/
Agency street/mail address: 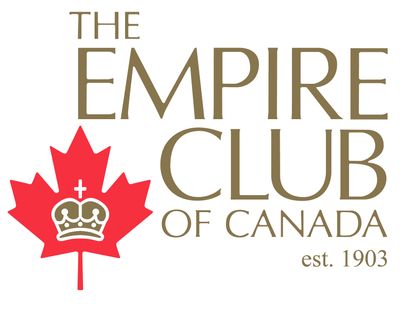