Home (Advanced) → What's New → Details
The Agriculture of the Province

Creator
James, C.C., Speaker
Media Type
Text
Item Type
Speeches
Description
Instilling into the minds and thoughts, particularly of the young people of Canada, to "Know thyself; know thy country, its people, its powers and its possibilities," including the study of agriculture, its conditions, its scope, and its possibilities. Some facts of product export. An illustration to suggest that it is important to us, whether we are living on the farms or in the city of Toronto, to understand the agriculture of Canada. Reasons for the need for agricultural knowledge for everyone. An examination of the agriculture of the Provinces of Prince Edward Island, and that of British Columbia (to look at the extreme East and West provinces of the country). Some major differences between these two provinces. Agricultural details of each province, offering an appreciation of Canada's diverse resources.
Date of Original
23 Jan 1914
Subject(s)
Agriculture - Canada
British Columbia
Prince Edward Island
Language of Item
English
Geographic Coverage
Copyright Statement
The speeches are free of charge but please note that the Empire Club of Canada retains copyright. Neither the speeches themselves nor any part of their content may be used for any purpose other than personal interest or research without the explicit permission of the Empire Club of Canada.
Contact
Empire Club of Canada
Email:info@empireclub.org
Website:
https://www.empireclubofcanada.com/
Agency street/mail address:

As to fish: Have you eaten real Malpeque oysters in Toronto? If you have you never want to eat oysters of any other kind, the most deliciously flavoured oyster in the world. Two years ago the Island got possession of the waters from the Dominion Government and Premier Matheson thought he saw another resource that should be developed, and they have taken all the bays that cut into the Island and have begun to survey them, and you can go down there and pick out a twentyacre square of water and the land under it, and by paying the Government so much per acre you can get a lease for growing oysters, provided you do it under their regulations and grow them in their way and do not deplete the beds; a rational, sane method of carrying on business, and it looks as though they were going to develop an enormous industry there on the coasts of the Island in connection with oysters. Of course there is always trouble in everything; if you were to go down there you would never adopt the plan that some of them have of going down to Cape Cod and getting a few hundred barrels of oysters and dipping them into the bay and leaving them a while, and then dipping them up again and shipping them to Montreal and Toronto as Malpeque oysters. They are getting on with oysters, and I think with Government inspection and supervision we may expect a wonderful industry on that line.

Farms, furs and fish! There is a great future before the little Island. They have wakened up from a long sleep. They have got the money, and what they lack in that regard the people of the West are apparently prepared to give them.

The slow-going, self-satisfied people down on the little Island of Prince Edward wakened up one morning and found money could be made out of fur farming and they drew it from the banks and they got going, and apparently there is nothing can stop them. And out on the Pacific coast we have people who are thinking in millions and are intending to make a great country. What lies between? We have not time to tell about it, but they are Canadians in the Gulf Island and Canadians on the Pacific coast. It takes a whole lot of country to make Canada, and a lot of people to make up Canadians, and we here who are living in the centre, in the city of Toronto, in the Province of Ontario, will not be doing our duty unless we find out and know something about what is being done in the beautiful Island in the Gulf, and what also is being done or attempted out on the coast. It is only as we find out these things that we" begin to realize after all that Canada is a great country, and to love it. Whether in Prince Edward Island or British Columbia or Old Ontario, it is worth while to be a Canadian, to be living in this country, and also to be part of the British Empire. (Applause.) 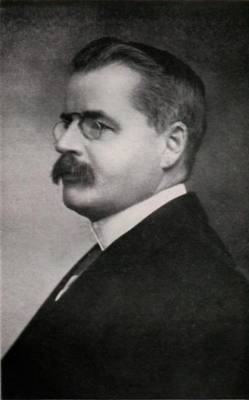